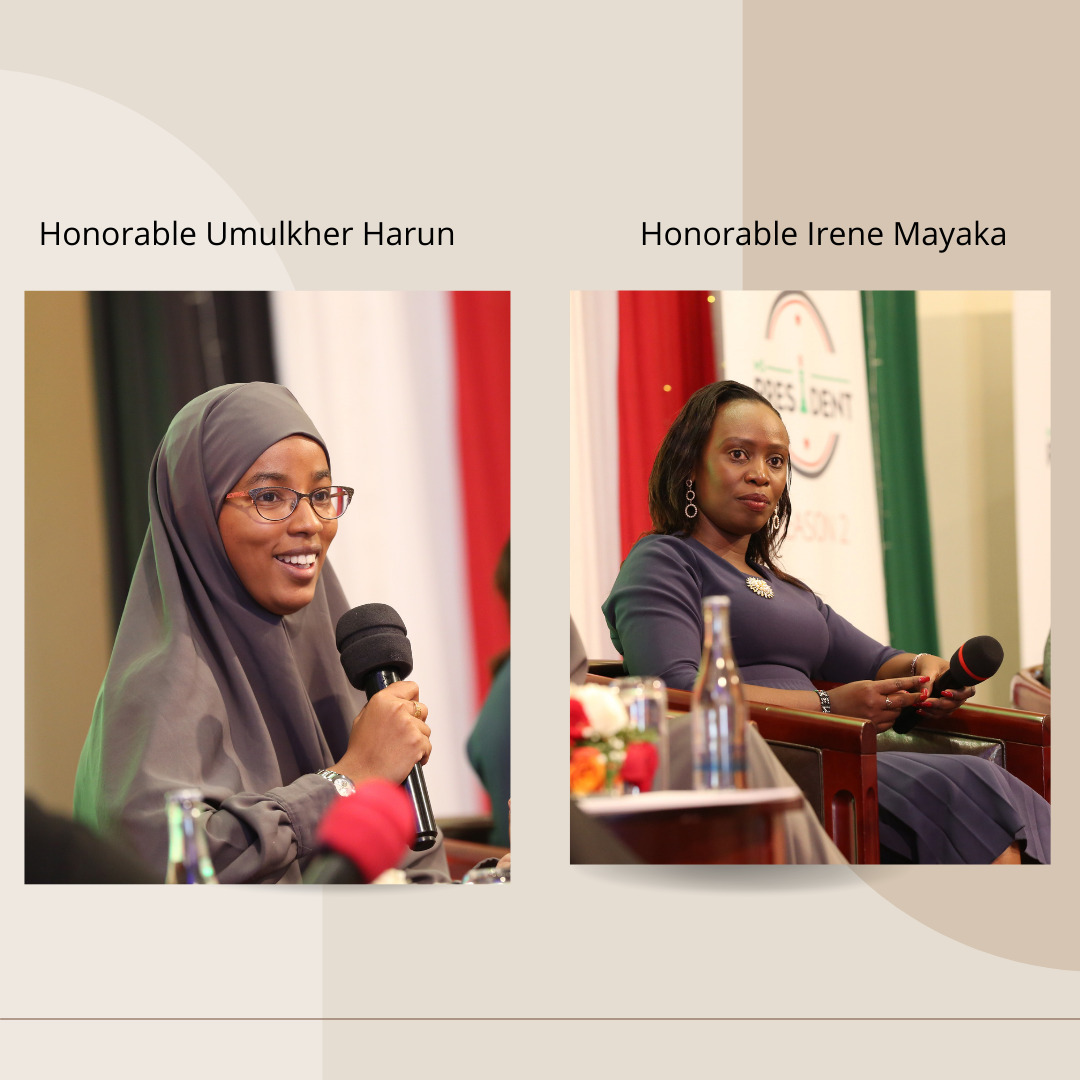 The women of Ms President continue to soar in different leadership positions even after leaving the Ms President Leadership Academy.

The Ms President show was created to enhance women’s participation in political leadership and decision making in Kenya through a multi-media program. Since its launch in 2019, the show has continued to attract both local and international media. This has given the women a platform to highlight the issues that they are passionate about.

Additionally, 55% of Ms President Contestants have reported that Ms President has provided them leadership opportunities not available to them before. As Season 2 of Ms President continues to air, the women who have participated in the show continue to leave their mark in government and other areas of leadership in Kenya.
Honorable Umulkher Harun, who came in second in Season 1 of Ms President has been nominated to be a Member of National Assembly by the ODM Party to represent the youth. She is also the founder of Kesho Alliance, an NGO that exists to improve education by promoting and advocating access to quality education, youth and women empowerment, peace, and security.

Honorable Irene Mayaka who was also a finalist in Season 1 of Ms President has been nominated to be a Member of the National Assembly to represent workers by the ODM party. This comes after a previous nomination in 2019 to the Nyamira County Assembly also by the ODM party. Another Season 1 Contestant who also garnered a seat in the government is Nadia Abdalla. She was appointed by President Kenyatta, to be the Chief Administrative Secretary in the ministry of ICT and Youth.

In Season 1 of the show over 1000 contestants applied to be on the show while over 750 applied to be in Season 2. There are many more examples of Ms Presidents who continue to rise up the ranks in public service as others seek elective leadership positions. 10 Ms President season 1 and 5 Ms President season 2 contestants were candidates for various seats during the August general election. We are proud to be associated with these powerhouses and we cannot wait to see what they will do next.