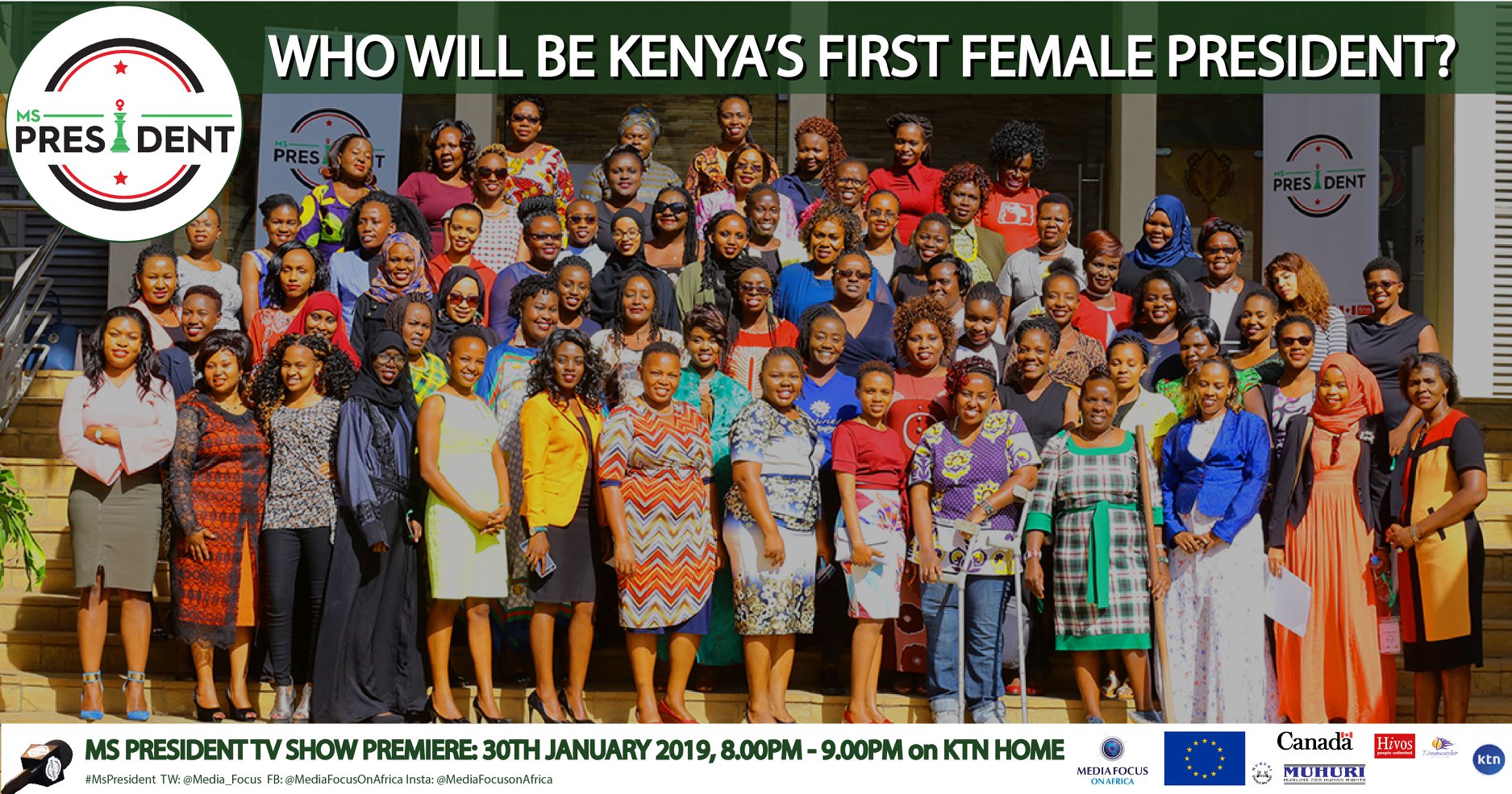 The first ever of its kind reality series on leadership is set to begin showing on Kenyan screens this coming 30th January 2019. Ms President Reality TV show will see tens of women from across Kenya compete to win the ‘Presidency’.

Women with exemplary community projects and passionate about bringing social change applied to participate in the show after a call for participation was released in June 2018. After a thorough shortlisting based on the answers submitted in the application forms received from close to a 1000 women from all corners of the country, at least 375 were invited for auditions in five major towns in Kenya.

Ms President, a 26-episode reality television series, will captivate the national audience with 71 extraordinary women leaders going through a series of tasks and challenges designed to display their leadership capacity and ability.

The women representing the majority of counties across Kenya will have to survive through viewers’ votes and judges’ decisions, until the last one emerges as the “Ms President”. The winner and the 5 finalists will receive additional leadership mentorship opportunities.

“Despite the constitutional principle for two thirds gender rule, women are still under-represented in public service, political leadership and corporate leadership. The legal framework alone will not suffice in the achievement of the gender parity in leadership.

“Concerted efforts especially those targeting to alter attitudes, perceptions and stereotypes regarding women and leadership are a necessity. Ms President is one such effort,” said Harrison Manga, Programmes Manager, Media Focus on Africa, the organization producing the show.