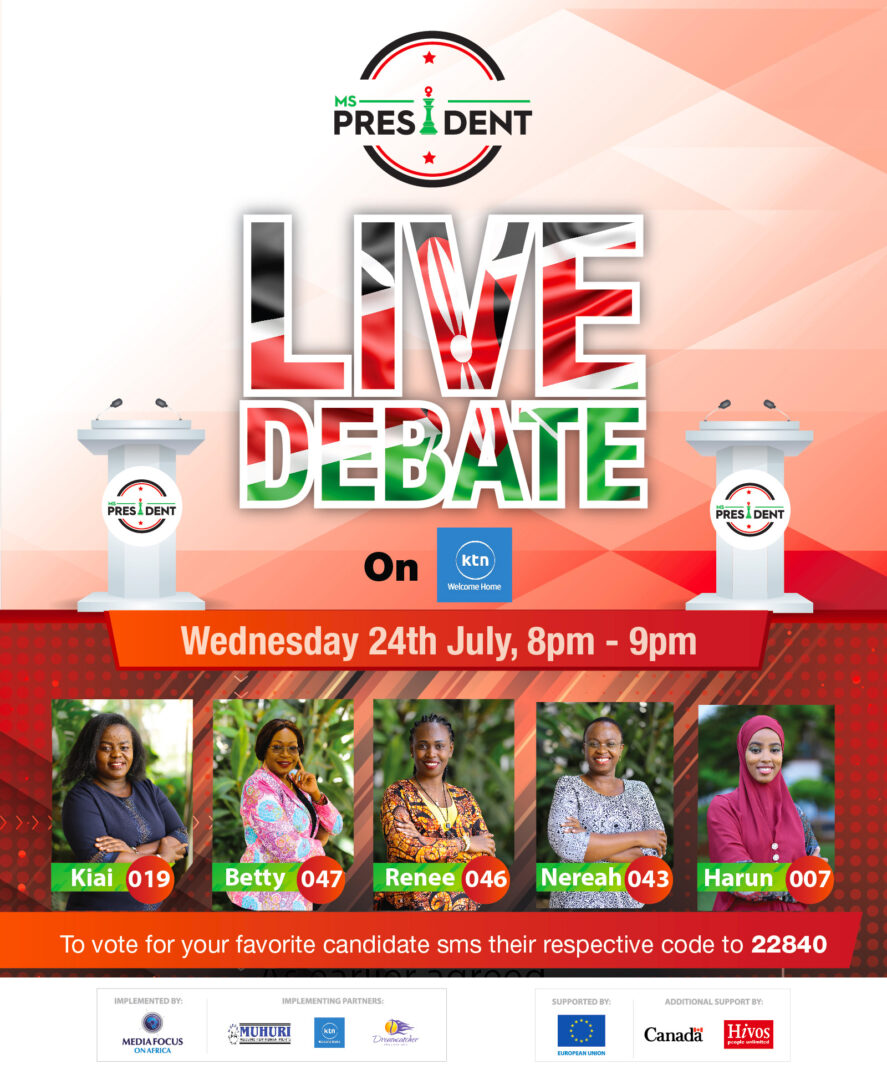 Yesterday, the five Ms President finalists made their final bids to woo viewers during the presidential debate, and demonstrated confidence, eloquence and wit.

They impressed judges and viewers with their grip of various social issues, including leadership, cultural diversity, involvement of women in violent extremism, labour rights, food security, technology and health.

The European Union (EU), which is the main sponsor of the show, said the programme demonstrated that women had huge potential in leadership.

According to Josephine Kalinauckas, the EU’s Head of Section in Delegation Foreign Policy Instruments in East and Southern Africa, all the contestants, including hundreds of those who did not make it to the final stages, had demonstrated that women had what it takes to articulate societal issues.

“It is a message to Kenyans that they should not overlook the role of women while seeking solutions to challenges. Problems cannot be fully tackled without involving everyone,” she said.

Ms Kalinauckas said the reality show, which centred more on the critical role women play as peace builders, was a call to Kenyans to change their mindsets and accommodate more women in leadership.

Kalinauckas said the contestants, shortlisted from 1,000 women who joined the contest at its early stages, had demonstrated that given a platform, they could articulate issues the society faces.

“The major lesson is that the solutions have to be tailored to the local context. Local women’s voices need to be heard in this process so that solutions are not imposed,” she said.

Kalinauckas said EU would work closely with Kenya to ensure issues facing the country are addressed with more focus on empowering women and youth. She said President Uhuru Kenyatta had made a positive signal by meeting the five finalists.

“We are delighted the President took interest. It is a demonstration that we have a secured democracy. It will be interesting to know what they discussed,” she said.

Last week, the President met the five contestants and invited them to the podium during the commissioning of the Bidco Industrial Park in Ruiru, before hosting them at State House Nairobi on July 25.

The winner will be announced from viewers’ votes through a free Short Messaging Service code.

After the announcement, the EU representative said she was hopeful the Ms President would start advocating more women involvement and participation in the country’s political spectrum.

“We will work with Media Focus on Africa to look at possible follow-up ideas,” she said.