TO BREAK THE BIAS IS TO CHALLENGE MALE PRIVILEGE

TO BREAK THE BIAS IS TO CHALLENGE MALE PRIVILEGE 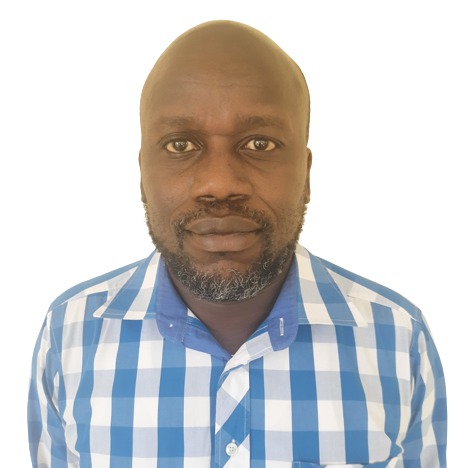 In August 2019 an incident captured national attention:  Kwale County Woman MP Zuleikha Hassan forced her way into the National Assembly’s main chamber with her infant, something Standing Orders of the house doesn’t allow. The MP justified her action by pointing out that her nanny was away and she didn’t want to miss National Assembly sittings of the day on August 7th 2019. The MP used the opportunity to highlight the lack of a crèche in Parliament where nursing female MPs can leave their infants while attending parliamentary business. Following the incident, the Parliamentary Service Commission on the next day, 8th August 2019 tweeted photos of equipped creche facility within the precincts of parliament.  It was telling prior to the action by Hon Zuleikha, whether by design or not, Parliament where the nation’s laws and policies originate, privileged the wellbeing of men over women.

Privilege in this sense can be defined as ‘those advantages that accrue to men by virtue of their gender and being members of a dominant group in society with access to resources and opportunities that are beyond the common advantages of marginalized groups in this case, women’. By simply being born male, men have twice the chance as women of getting employment in Kenya (2015/16 Labor Force Survey and Public Service Commission 2013/2014 baseline); are less likely to face sexual harassment/assault (KDHS 2014) and will mostly read and watch the accomplishment of other men in the media. Men by simply going about their everyday lives can easily fail to see their privilege. This is because this sort of privilege is invisible even to those who hold it. Many men who occupy high positions of power and authority in public service or in corporate circles often take for granted their right to hold such positions. They forget and don’t question the gendered process that gets them into those positions. For instance at 24 years most men and women kick off their career. Over the course of the next 10-15 years the women will take on average 2-3 maternity breaks (average fertility rate is 2.2 as per 2019 census) while their male peers enjoy uninterrupted working experience. In the process the men get promotions and their career growth proceeds steadily while the women mostly miss out. Their female peers get left behind because of motherhood. When senior management experience come into play for appointment to positions such as CEO, the men will be greatly advantaged. The requirement for senior management experience to be appointed a CEO looks fairly normal and routine but overlooks the reality that more men than women will have that type of experience. It’s no wonder a 2018 Nation Newsplex investigation revealed that there were only 4 female CEOs for the 62 companies listed in the Nairobi Stock Exchange. Of the same 62 companies, women comprised only 23% of their boards’ membership. In the public service women occupy only 23% of policy making positions (Public Service Commission 2013/2014 baseline).

Often when we talk about discrimination, we talk of it in terms of individual attitudes and prejudices. That is why we say so and so is ‘racist’, ‘sexist’ and ‘chauvinist’ and so on. What is often understated is the fact that these ‘individual’ behaviors are reinforced and normalized socially. Thus while an individual male can be judged to be sexist or a chauvinist, doing so simply ignores how his attitude or prejudice is supported and normalized by his society. Society (men at the forefront) define gender roles in stereotypical ways backed by culture and religious beliefs. For instance, while women can take up political leadership or pursue a career, they get no respite from domestic/household responsibilities e.g. childcare. Society regards this as the normal thing to do even though balancing domestic responsibilities with career or political leadership is often a daunting task for most women. Women who seek political leadership often face physical and/or emotional violence from male competitors with little to no recourse because such behavior is not widely frowned upon in the community and the authorities’ response is often late and inadequate. Electoral campaigns in Kenya are quite expensive, in part because of the culture of ‘handouts’. However, most women are not decision makers in their households or families. Ownership of property e.g., land or livestock that can be liquidated for campaign reside with the men, as is the decision to sell or not. Those (mostly men) who make the argument that Kenyan men and women can compete for elective seats on the same footing, do so from a place of privilege and don’t even recognize it.

In work places both in the private and public sectors, normalization of male privilege is common place. It is in the routine requirement that holders of certain jobs/positions work long, odd hours or on weekends. What may not be obvious is how such requirement inadvertently tilt the balance in favor of men because it conflicts with women’s domestic duties/responsibilities. Further, in many work places, there are no adequately fitted and manned nursing rooms/crèche for career women who are also nursing mothers. The inadvertent message being sent to the women is that career and motherhood are incompatible.

As the world celebrates this year’s International Women’s Day under the clarion call ‘break the bias’, it is the most opportune time to talk about male privilege. It is the right time to acknowledge that breaking the bias will require everyone, but especially men, to acknowledge the reality of male privilege and make conscious and deliberate efforts to undo it.  Until men recognize their privilege and commit to challenging this status quo, achieving gender parity in all the spheres of life will remain a pipe dream.