WE ARE HIRING: Call For Proposals

WE ARE HIRING: Call For Proposals 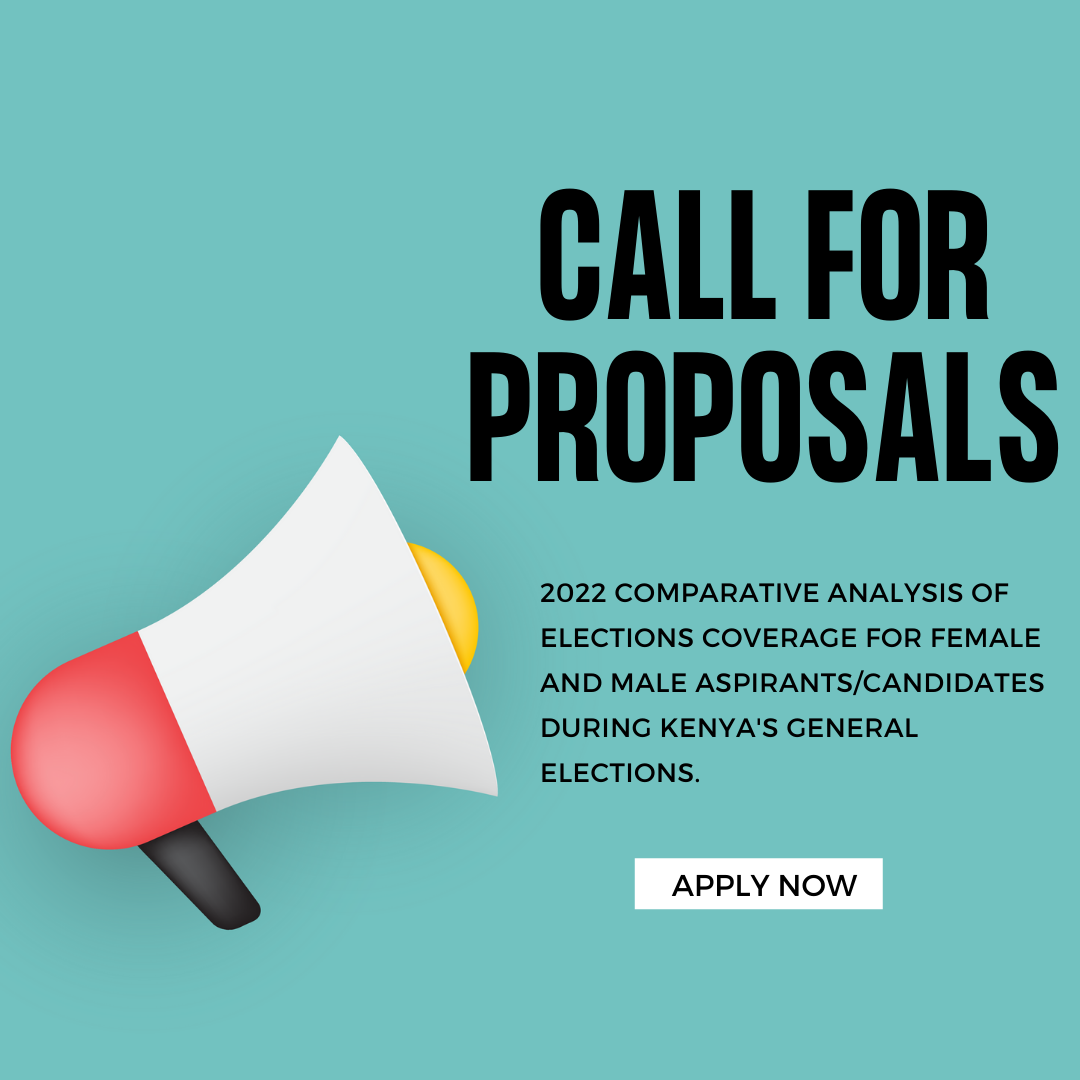 Media Focus on Africa (MFA) with the financial support of Global Affairs Canada through UN Women Kenya and the
Delegation of the European Union to Kenya is implementing Ms President season 2.

Ms. President is an entertaining, educating and thought-provoking Reality TV show that seeks to portray to a
national audience the capacity and ability of women to lead effectively. Ms. President is the first time that a reality
TV format has been adapted and used for women empowerment programme in Kenya.

The objective is to change Kenyans’ perception and attitude towards leadership by women in communities and in the country. Through a series of tasks and challenges, contestants (all female) display their leadership capacity and ability on National TV.

The series showcase intelligent and articulate women who are Presidential with the aim of increasing the chances
of women in Kenya taking up leadership positions. Ms President is conceptualized, produced and broadcast by
Media Focus on Africa. Between January 30th and July 31st 2019, 26 episodes of the Ms President season 1 TV show
were produced and broadcast attracting average weekly viewership of 3.5 million.

Researches from across the world have shown that female politicians in general receive less media attention than
their male counterparts. Often their gender is the subject of debate and not the substantive platform/manifesto
on which they’re running for election. This includes research carried out in Kenya e.g., the 2017 elections Gender
Audit report by National Democratic Institute (NDI) and FIDA Kenya. 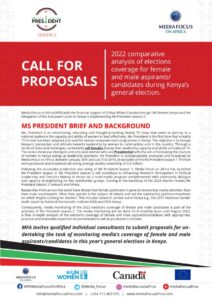 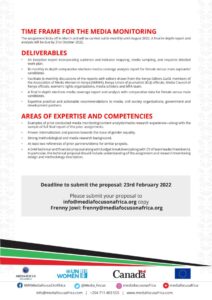 MFA invites qualified individual consultants to submit proposals for undertaking the task of monitoring media’s coverage of female and male aspirants/candidates in this year’s general elections in Kenya.

TIME FRAME FOR THE MEDIA MONITORING

The assignment kicks off in March and will be carried out bi-monthly until August 2022. A final in-depth report and
analysis will be due by 31st October 2022.

AREAS OF EXPERTISE AND COMPETENCIES
• Examples of prior conducted media monitoring/content analysis/media research experience—along with the
sample of full final report of the prior assignments.
• Proven internalization and passion towards the issue of gender equality.
• Strong methodological and media research background.
• At least two references of prior partners/clients for similar projects.
• A brief technical and financial proposal along with budget breakdown (along with CV of team leader/member/s).
In particular, the technical proposal should include understanding of the assignment and research/monitoring
design and methodology description.