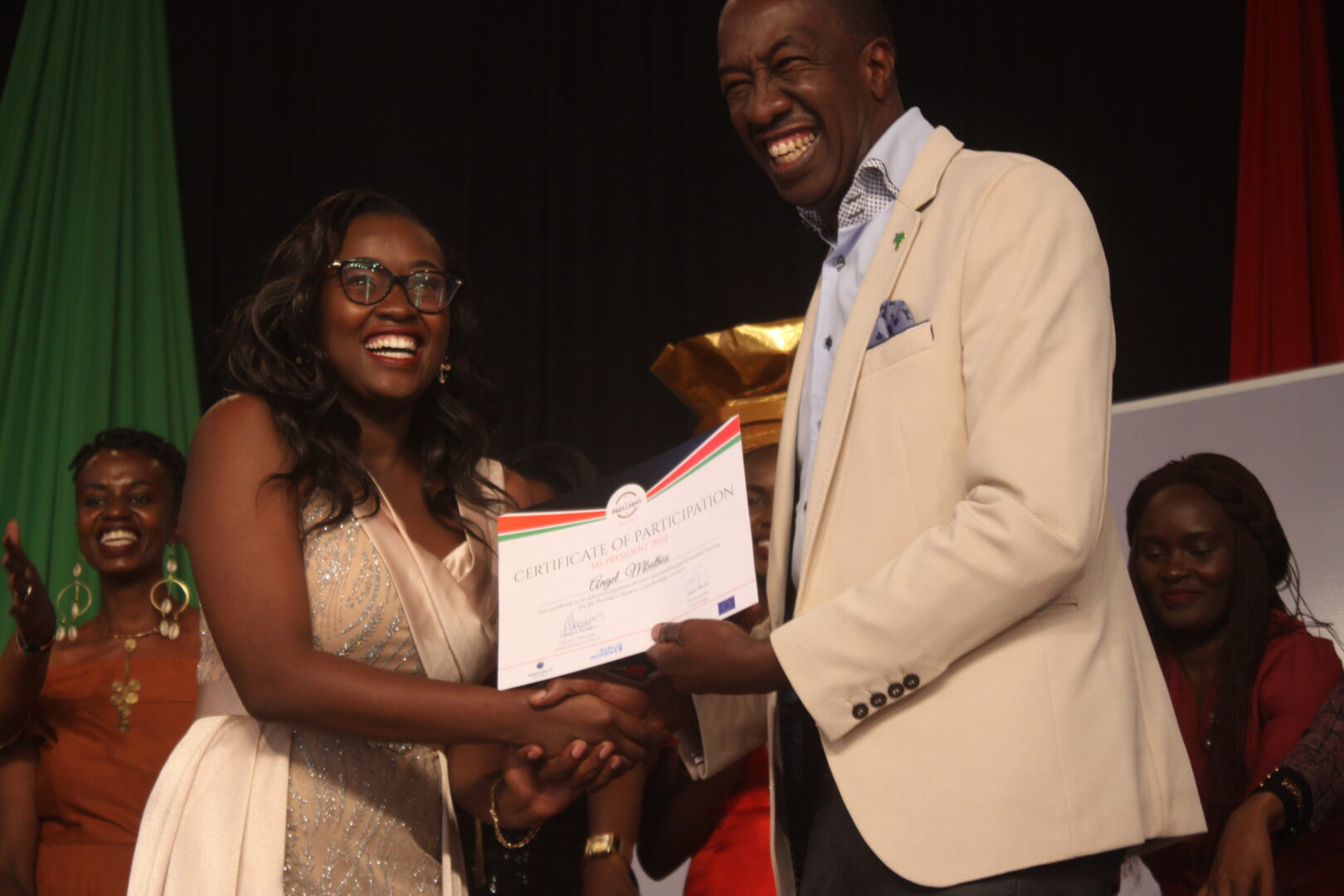 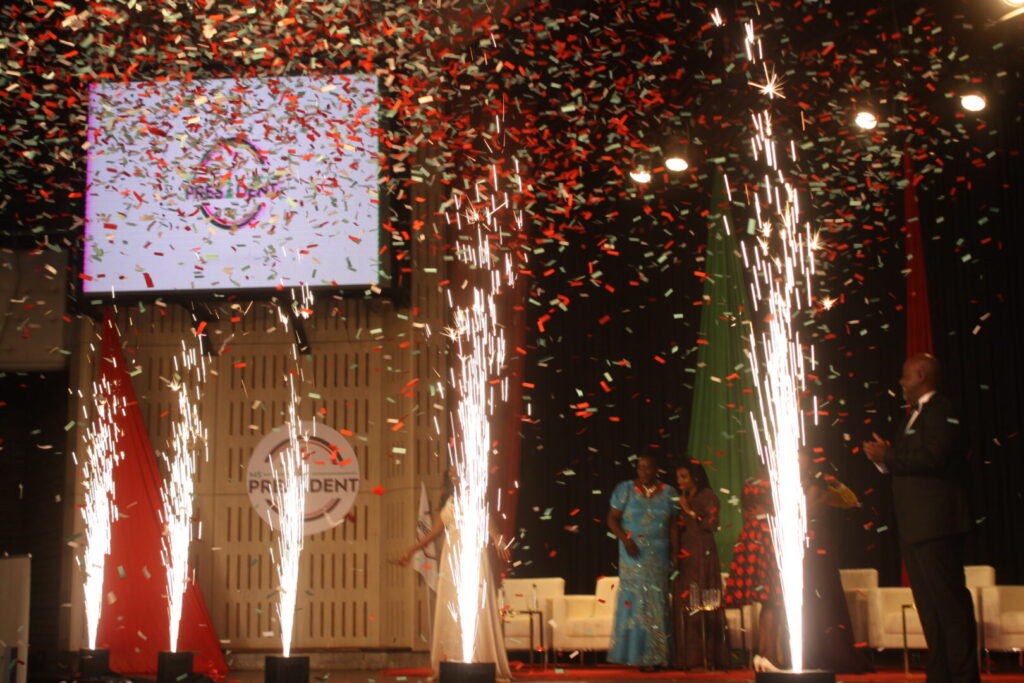 Over 750 women and 20 episodes later, we have a new Ms President. Angel Mbuthia from Kiambu County emerged the winner of Ms President Season 2 during the grand finale that aired on 17th November 2022.

‘’Every boy and girl deserves an education. It is through education that I am here with you today. I will use this opportunity to champion for change,’’ she said in excitement.

The 2nd Season of Ms President was made possible by our partners The Canadian High Commission in Kenya with additional support from UN Women in Kenya and The European Union.

Speaking at the event, Janina Cocker the Head of Cooperation in Kenya at the Canadian High Commission in Kenya said that it was important to recognize the accomplishments of the women who have been a part of the show.

‘’Today we celebrate not only the finalists but all the women who participate in this season and the previous season,’’ she said.

Anna Mutavati, the UN Women in Kenya Representative who also spoke at the event echoed similar remarks. She also noted the importance of the show, especially during this election year.

‘’Ms President Season 2 could not have come at a better time because more women are taking up positions in leadership. The 2022 General Elections saw a record number of women take up top positions in government, ‘’ she said.

Among the guests was Season 1 winner Nereah Amondi Aketch. She shared her excitement at getting to see another crop of women compete in the 2nd season while noting that there was still much to do in getting more women in leadership and politics.

Ms President was created to empower women to become key players in preventing the spread of violent extremism and radicalization. It continues to strengthen the institutional and operational capacity of civil society actors and media practitioners to prevent violence against women and protect human rights.

The Country Director of Media Focus on Africa, Harrison Manga shared highlights about some of the previous Ms President contestants who have gone on to taken up seats in government.

‘’Ms President has demonstrated that Kenya has an abundance of talented and capable women leaders,’’ he said.